My Grandmother survived famine and cannibalism

Almost half of Kazakhstan's population died between 1923-1924 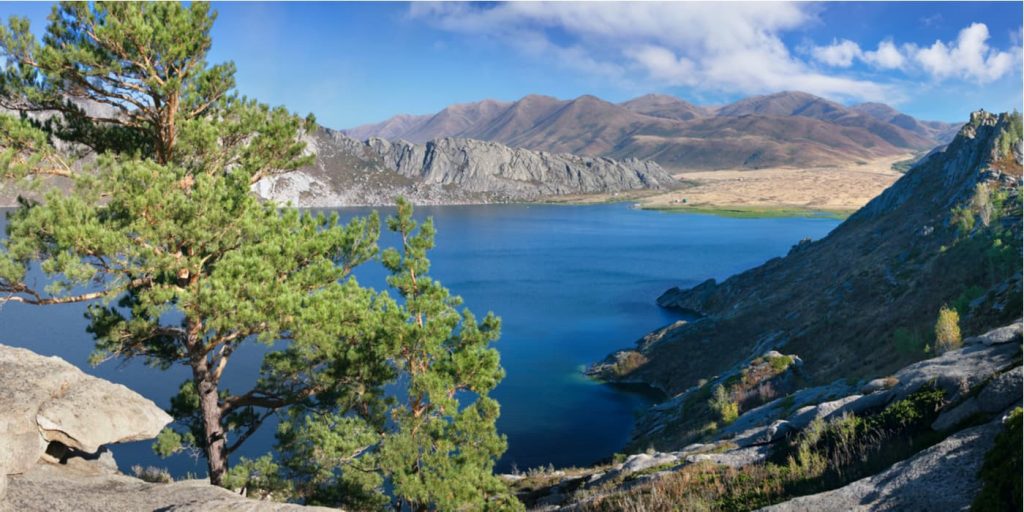 И was born in Kazakhstan in rural Bastaushi. When I was 8 or 9 I was very happy, because we moved to a very beautiful place in Kazakhstan, at the foot of the Altai Mountains, in the very international village Kok-Terek. For the whole of my life there, I was looking for a treasure, that has possible being hidden somewhere there by Kazakhs in the 1920s. My father, Zhoshikhan Kassimanov, was the Principal of the school. He loved hunting. My Grandfather, that I have never seen in my life, but heard a lot about him from my father and my grandmother Zibubi, was the organizer of all the holidays in the native village Abay, he played dombra, sang songs, told different amazing stories, his profession was called “sal”. My mother, Bakiza, lost her parents very early, she grew up in an orphanage and a boarding school. My mother was much younger than my father. She was a student of my father when they met. My dad’s first wife and their first kids, twin girls, died during typhus outbreak. My grandmother Zibubi hired young orphan Bakiza to help at house, and then my dad and mom have married. I have a half-brother, Nurlan, whom my mother brought up my like her own son. In total, my parents had 9 children: 3 girls and 6 boys.

My grandmother Zibubi-apa (in Kazakh we call an elder woman by adding “apa” to her name) was a very beautiful, powerful, strong and intelligent woman. From all her 7 children only three have survived and lived longer. Zibubi-apa used to tell us, kids, especially to me, her favourite grandchild, very interesting stories from the past. One of her stories was about famine in 1932-33 years in Kazakhstan. In the 10th grade, I decided to surprise everyone and wrote an essay using this story of famine. I called the story “The handful of wheat”. In my essay I described my Grandma’s memories about people dying of starvation in the Semipalatinsk steppes, how she went to the city of Semey to get some food for her “Karaauyl” (the Kazakh word for “village”). My uncle Sadyk, the eldest son of my grandmother, was the leader of the youth in the Semipalatinsk region of Kazakhstan. Grandmother decided to ask for help from him. Village people believed in her idea and they waited for salvation.

A Kazakh family from the beginning of the XX century. More photos published here

Cannibalism in the steppe

The story also touched the worse that could happen to humans: cannibals appeared in the steppe. Starving to death, people from very remote places began to eat each other. On the way to the city, Zibubi-apa’s caravan was caught by a group of cannibals. Grandmother was able to persuade them not to eat her horse but offered to take the dog… She convinced them that when she would go back on the same route with the food, they would be saved. Cannibals believed her words, so she reached safely the main city of Semey. Zibubi-apa went back with her son and a group of armed soldiers. The cannibals were caught by this group of armed people and no one has heard anything from them anymore. 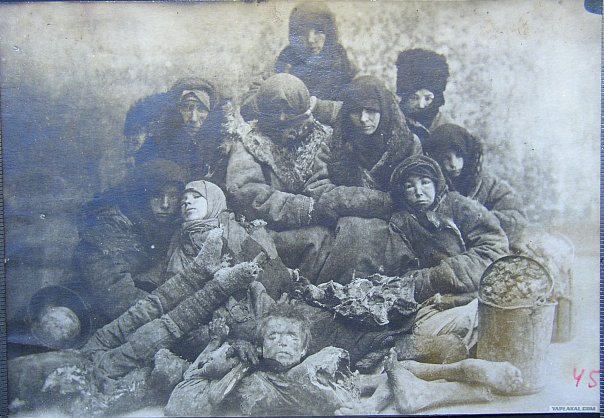 Then her other son, my uncle Sadyq Kassimanov, gathered all the people from all the starving villages and all went on foot to Semey. They had some wheat to keep them alive till they reach the city. Every day a handful of wheat was given to each person. On the way, the old men and grandmothers gave their shares to their children, and hugging each other and sitting on the top of the hills, they waited for death. Long watching the outgoing children. My father also said that when they went they stopped to rest in the old barn and there they caught the sparrows and his brother made soup of them. This gave them the strength to reach the city.

Uncle Sadyq put 300 people in a barge and on the Irtysh sailed to the top in the direction of Ust-Kamenogorsk. On the way, he left hungry families in Russian villages thus saving 350 Kazakh families from hunger death. Sadyk Kasimanov was a hero. That’s what I wrote about in my hectic essay and for which my father as a director received a governmental reprimand. Because of this story, the whole topic of hunger was closed.

I studied in 3 public schools (we had only governmental public schools in USSR time), in the village of Chingistai, then village Kokterek and village Bastaushi. My husband, Tolegen Zhakupov, was my classmate in 4 to 8 grades. He was the leader in the class because he was smart and strong. I was the first classmate girl, who challenged him. The first time we played football as a class, no one could take from Tolegen the ball. I also considered myself strong and, naturally a leader, I was not afraid of him. I confronted Tolegen and we flew at each other. I remember he then called me “a girl”, and I felt very offended, so we fought. It was in the 7th grade. 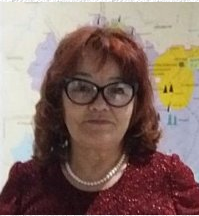 Note under the text: During the Civil War in Soviet Russia(1917-1921), the Bolsheviks adopted War Communism, which entailed the forcible seizure of agricultural surpluses, to feed the urban populations (on which communism relied, read Marx). This lead to a massive famine throughout Russia and people ended up eating the dead. Some may have killed the livings to feed upon them too.  After this, the Tenth Party Congress decided to institute the New Economic Policy (NEP), in which the state allowed agricultural surpluses to be kept (and sold on markets) by the peasants.

What we did to stay alive

Surviving years of poverty and hunger in Jodoigne

I Cannot Understand How We Survived

Stories from Japan during the years of hunger