Watching the Battle for Britain 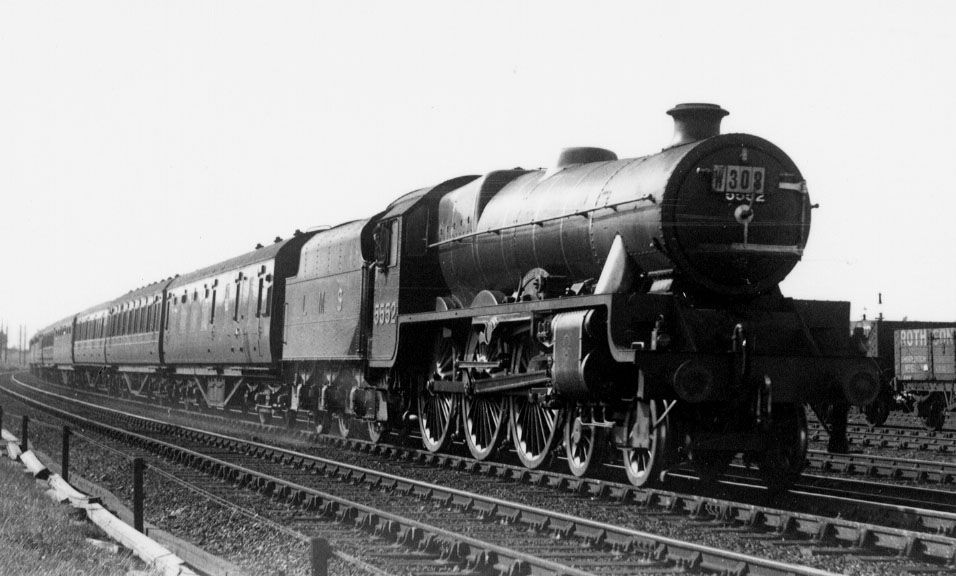 My brief journey to the south

At the age of six I found myself one of the many evacuees from London heading for the safety of the countryside. People were worried the German Luftwaffa would start bombing London. Off we went to the railway station and labelled up and with gas mask in a cardboard box and a small case I said a tearful goodbye to my mother on the station platform and boarded the stream train with lots of other children and soon we were on our way to Devon.
It was the luck of the draw where the billeting officers sent you and I found myself with a family who didn’t take kindly to having a kid from London forced on them. I remember on one occasion they went off to the seaside and left me at home alone. My stay there was short lived for when my mother came down to visit me about a month later I soon found myself with her back on the train to London.

Mother was working in the head office of the Post Office Savings Bank in Blythe Road, Kensington, so once again due to the threat of German bombs I could not stay in London. My father had been in the Hove Police force and was killed by a drunk driver when I was two. Mother managed to find a place for me at the Southern Provincial Police Orphanage in Redhill, Surrey and here I would stay for the next six years. Children could be admitted if they had one parent living and their fathers were or had been in the Police Force. Visitors were allowed one day a month, however, my mother negotiated with Mr W T Jupp the Principal for a half day visit every two weeks and usually came to see me on Saturday afternoons. 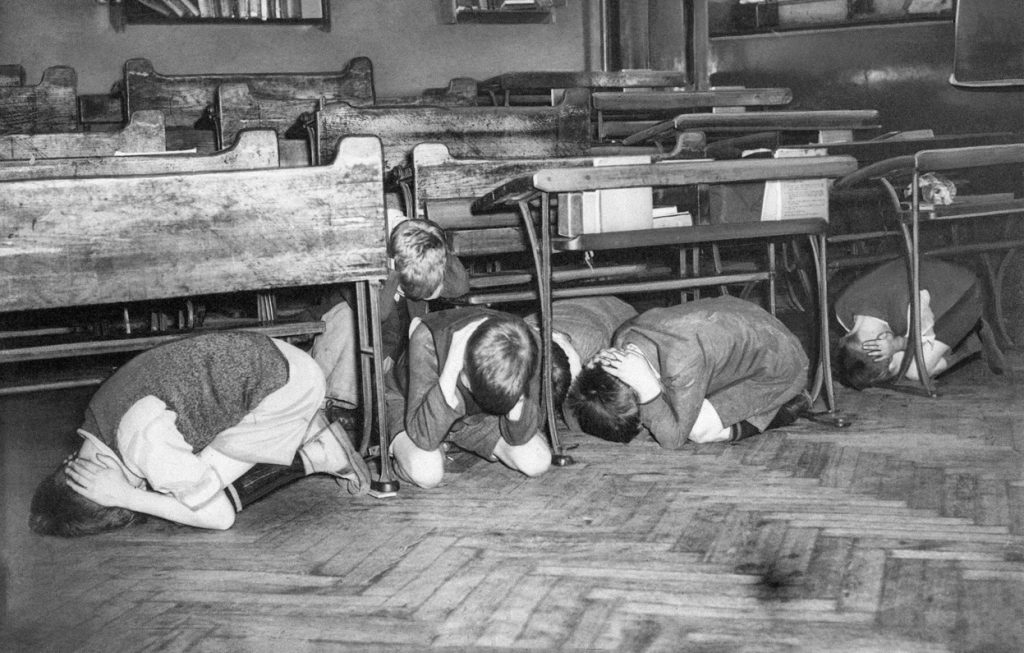 British pupils instructed to seek shelter under their desks. Source.

The most vivid memory I have of that time was watching the Battle of Britain in the September of 1940 from our dining hall window. As a lad of seven I marvelled at the dog fights taking place with the vapour trails criss-crossing the blue sky, pock marked brown by the bursting ack-ack (anti-aircraft) shells. I remember cheering like mad when a Jerry was shot down and booing when one of our lads zoomed out of the sky. I followed the gyrations of the fighter pilots as like swallows they ducked and dived about the sky. My friends and I watched spell-bound as amid all this cacophony of destruction, white silk parachutes gently billowed in the air wafting a few airmen, friend and foe alike, down the safety of the good earth. Before long a prefect grabbed me by the collar and shoved me under one of the heavy dining room tables, for this was in the days before the powers-that-be built the underground air raid shelters in the football field.

Eventually the school built these large underground shelters and called them The Trenches. They had wooden bunks and we slept in them all night during the Blitz. At first they would hang a wet blanket over the entrance in case of a gas attack. I remember a craze we had for French Knitting. We put four small nails into the top of a cotton reel and with old unravelled wool knitted a round tube of wood we made into teapot stands and the like. It kept us occupied. Whenever the air raid siren sounded, out we would go, if at night in our dressing gowns, and trundle down the drive and into the air raid shelters. 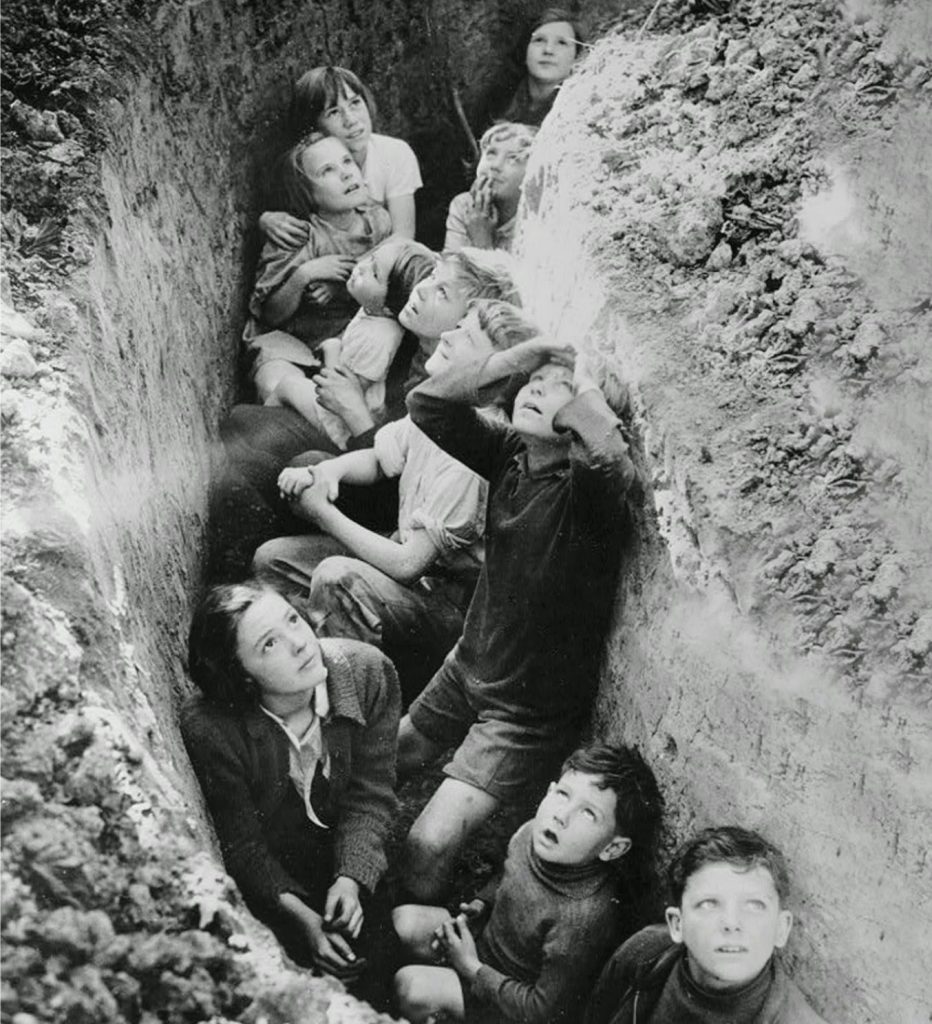 We boys were divided into three dormitories according to age. The small boys including me initially into the ‘Little Vic’ and if there was a night raid, bearing in mind we were only 20 miles from London, a master, Mr Moon, would ring a large fire bell. This was located in the passageway on the other side of the wall right behind my bed, and when it first started clanging in the middle of the night it scared me out of my wits. After ‘lights out’ one of the boys always kept watch while we had a bit of a lark about and would warn us when he saw Mr Moon’s lit cigarette come glowing round the corner. Another memory is of two new boys, brothers, who had been choir boys singing ‘Angels from the Realms of Glory’ in descant, after lights out one Christmas time, their clear young voices wonderful to hear. 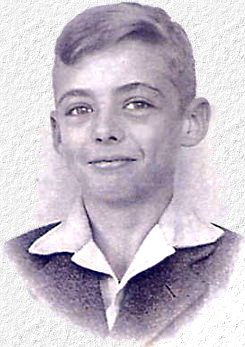 Portrait of a young Brian Hopper, the author of this article.