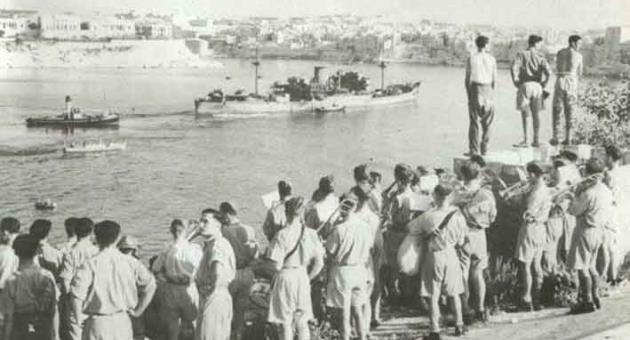 How food distribution was organised

The first convoy of food supplies that reached Malta when the war with Italy broke out was in September 1940. It was the policy of the Government to build a 7-month reserve of supplies and to look into “the careful husbandry of stocks”. To achieve this, and for the efficient distribution and conservation of food, ration schemes of essential commodities were initiated and a new department The Food Distribution Office, was set up in February 1941.
The head of the family had to register the members of the household at the local Protection Office, specifying the ages of the children, as well as the name of the retailer from whom he intended to buy his commodities. The information was sent to the Food Department where all the calculations of entitlements to grocers and wholesalers were made under the rationing scheme. Wholesalers were to supply grocers with their fortnightly rations controlled by the issue of ‘permits’, a system run through the institution of the “pools” scheme.

Ration cards were distributed to families and rationing started on April 7. The first commodities put on ration were: sugar, matches, soap and coffee and the latter three items were put on a tapering scale in proportion to the household. Four months later lard, margarine and edible oil were also put on the ration card with a tapering scale attached!

Distribution of the kerosene ration was operated largely by Shell and employees used small horse-drawn tank-carts for kerosene delivery. Each family had set coupons appropriating the amount of kerosene it was entitled each week It was chaotic as householders had to fight their way close to the tank to get served until the new system of street by street distribution was introduced.

Unrationed goods were hard to get, but not on the black market! Due to the scarcity of fresh meat, though supplemented by imported frozen meat, it was gradually curtailed in catering establishments and finally prohibited in order to make meat available to families.

In summer 1941, two large convoys enabled the replenishment of the seven-month reserve. As reserves were dwindling, experts reported on “Rationing in Malta” that supported the subsistence of the poorer classes.

Tighter measures were imposed governed by regulations for the strict distribution of bread, pasta and flour on the “ration”, strictly prohibiting the making of cakes and pastries. The bread ration was limited to 3/8 rot per person costing half a penny! 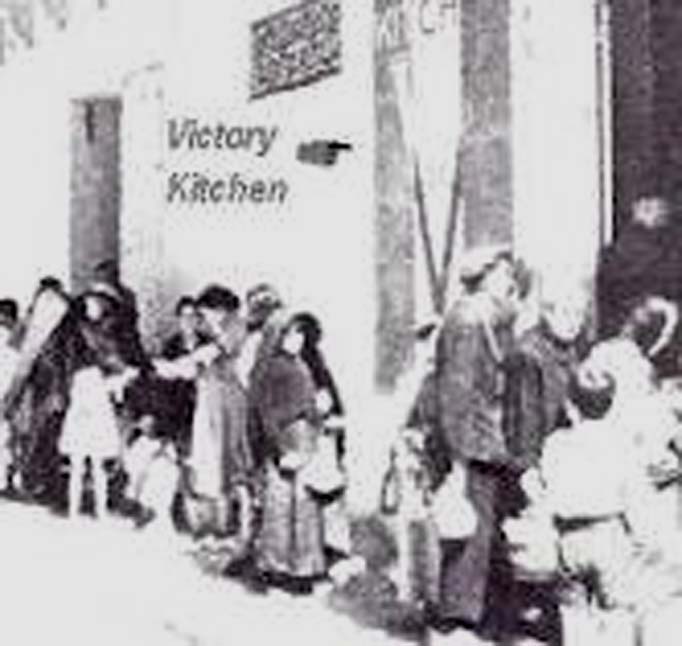 Maltese queueing in front of a Victory Kitchen. Source.

The benefits of communal feeding

The necessity of communal feeding was underlined and Victory kitchens bloomed like flowers in the villages, one after the other. The Communal Feeding Department, a creative concept, demanded thorough management to avoid the dissatisfaction that prevailed in the running of the Victory Kitchens, which calls for efficient business knowledge, understanding local customs and good cooking. It was impossible to present a quality and quantity of a food portion to suit the mass’ appetite when the supplies were meager, decorated with dehydrated vegetables! Faults existed but there was no way of putting the supply on the open market without depriving the poor of their Hobson’s choice and opening a wider door to the black market. So the people had no choice but were compelled to join the kitchens, because of the failure to purchase essential commodities from other sources.

Subscribers were issued with a coupon to exchange for one hot meal and abuse of the system was punished by imprisonment. The Kitchens were closed on 21 September, 1943.

Other outstanding deficiencies were conspicuous in the daily Wear – parachute dresses in the summer and military blankets for warm coats in the winter.

All these adversities made a peaceful, loving and caring community. 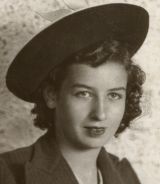 A young Carmelina, author of this story. She has also written ‘A bomb wrecked our house.’