What we did to stay alive

Surviving years of poverty and hunger in Jodoigne 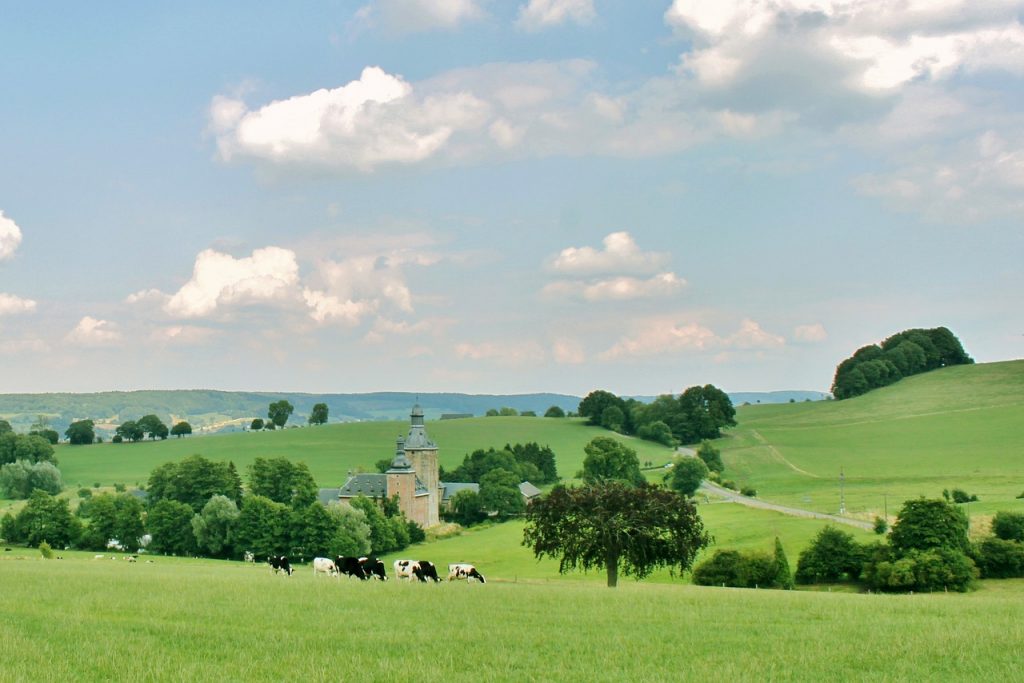 Life before the war

We were poor before the war began. My father died of a respiratory infection in 1937 leaving my mother to raise 3 young daughters. At 11, I was the youngest. Our town, Jodoigne, bordered the Belgian countryside and many of our extended family and neighbors farmed. They shared enough food with us so that we did not go hungry before the war. Maman worked as a maid in a manor house, and sometimes helped gather crops for a small portion of the harvests. She was allowed to keep the linen sacks that gleaners used in the fields which she refashioned into our nightgowns, petticoats, and dishtowels. There was a terrible social stigma attached to those who lived among infectious patients, and my sisters and I felt its cruelty. We were not allowed to sit with our classmates in our schoolrooms, but were segregated at the back of the room with other unfortunate students. The teachers rarely called on us, nor did they spend time with us explaining the lessons. Our educations were spotty at best. Then the war came to Jodoigne. 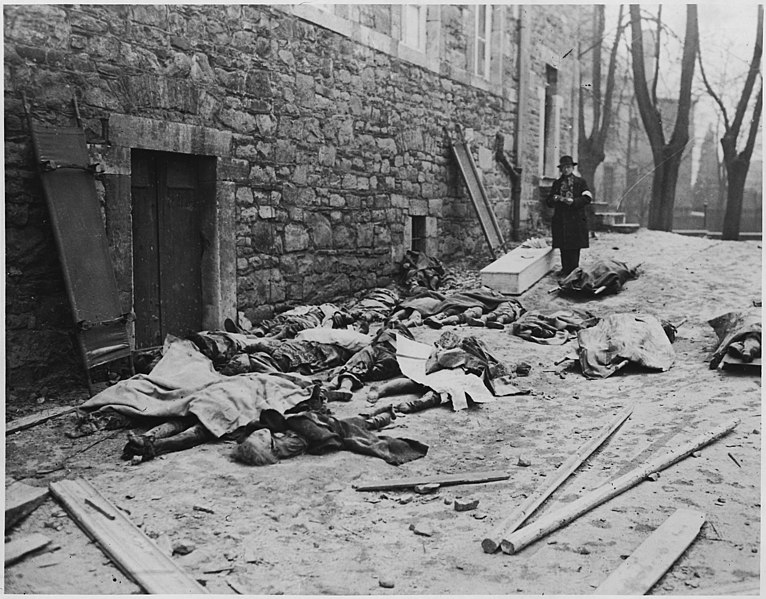 I have heard it said by elders that the first German bomb to hit Belgium fell on our town in 1940. Before long, we were occupied. Food became rationed, and the quality as well as the quantity was severely affected. A German official visited each farm and house to assess what goods were grown or produced there, and how much of this could be confiscated for their army. Dairy farmers saw their milk, butter and cheeses carried away to feed Germans while they were left with barely enough to feed their own families or to sell. Likewise, farmers lost most of their sugar beets, wheat, root crops and vegetables to confiscation with barely anything left to take to market. Beef cattle, swine, sheep, goats and poultry were taken for slaughter, but little of the meat stayed in Jodoigne. By the end of the first year of occupation hunger was common amongst the townspeople. The bakers had resorted to using fillers in their dough to compensate for the lack of wheat and other grains. The gray loaves were heavy and stringy inside. We were rationed to 1 loaf weekly, and one of us girls had to stand in line for hours outside the bakery as supplies were usually very limited. One loaf of bread to feed the 4 of us for 7 days did not begin to satisfy our nutritional needs. Our small, back garden supplied us with a few cabbages and root crops in summer. Winters were very hard. Sometimes we could find small potatoes or onions left behind by gleaners, or produce that had fallen off wagons. Maman’s salary of a few francs a week did not buy much food even when it was available, and the prices on the black market were out of our reach. We and other poor and working class Belgians went hungry. 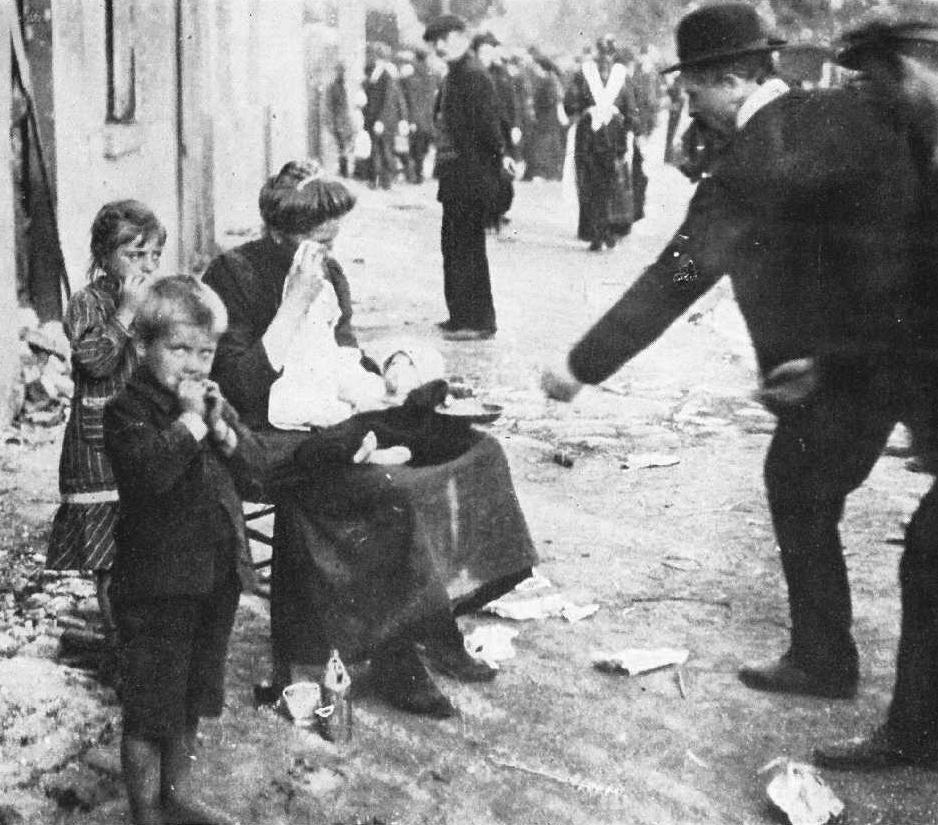 A widowed Belgian mother and her children beg for charity. Source.

We had a laying hen we kept in the back garden. We had to bring her inside the house at night for fear that she would end up in one of our neighbor’s stewpots. The hen laid one egg daily, and we girls took our turn having the egg for dinner. Although Maman was pitifully thin, she never ate one of our hen’s eggs during those hunger years. Many nights she would divide her share of a meal into three portions and slip the food onto our plates, saying she was not hungry. On occasion, she would stumble on the stairs, too weak from hunger to get upstairs to bed without our assistance. We knew then that she was starving herself to keep her girls alive. The hen lived several years after the war but was never anyone’s dinner, even after she was too old to lay. She was revered and given a heroine’s funeral in 1949. 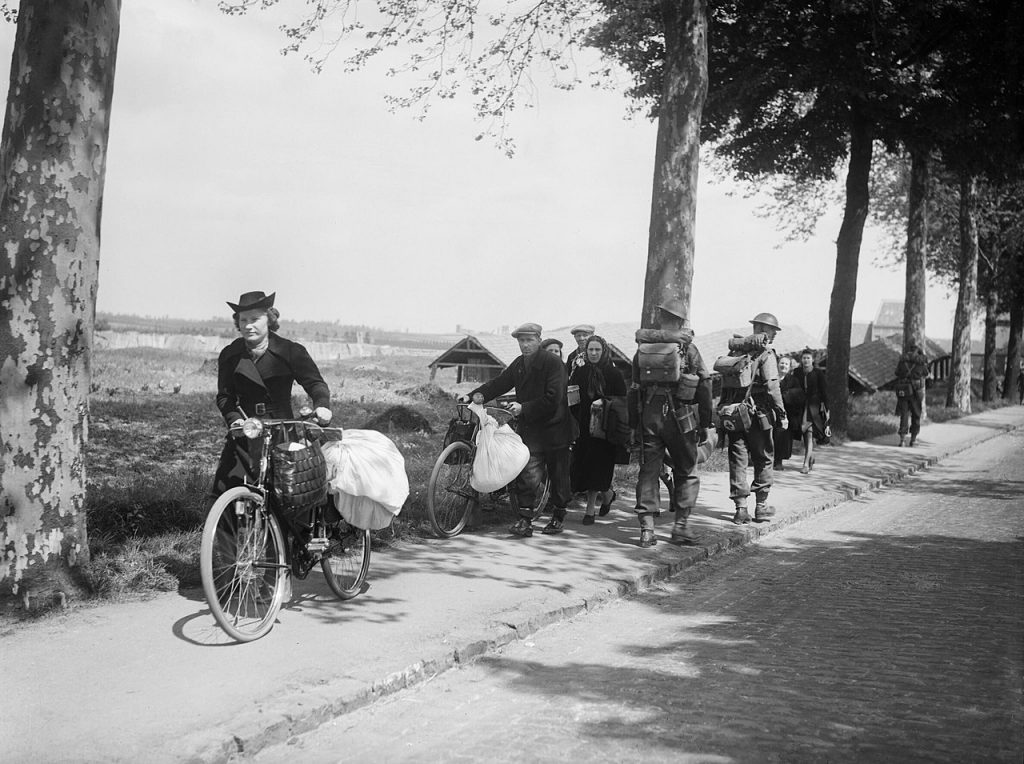 Belgian civilians fleeing westwards away from the advancing German army, May 1940. Source.

Hunger can drive one to desperate acts. I was a growing adolescent and craved meat and protein constantly. During the war, months could pass without our seeing meat or milk. Some townspeople desperate for meat would trap rats and eat them. Maman kept a clean, rat-free house and would not have allowed rat meat brought into her kitchen. I had to resort to other sources of protein – I trapped little songbirds. It seems very cruel today to think of such actions, but ask yourself, “What would I do to stay alive?” With my uncle’s help, I set a string outside in the back garden much like a clothesline. I coated the string with sticky glue and sprinkled crumbs or seeds on the ground underneath. When birds perched on the string, their feet became stuck and they could not fly away. When 6-8 birds were on the string, my uncle wrung their necks and skinned them. A small songbird produces less than a spoonful of edible meat, but they kept me alive during the war.

Young Andree Leroi, the author of this story (As told to Tamara Talbott)