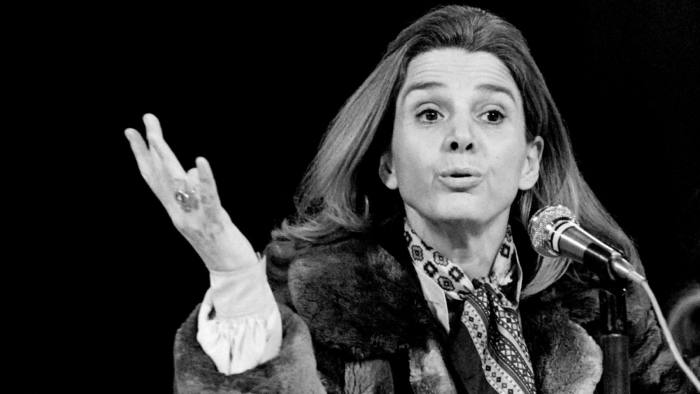 The Tunisian-born French feminist MP and lawyer Gisèle Halimi, described as a “trailblazer” and a “rebel”, has died one day after her 93rd birthday.

Halimi was instrumental in the decriminalisation of abortion in France and spent her life fighting for women’s rights. “Injustice is physically intolerable to me. All my life can be summed up with that,” she once said. Halimi died in Paris on Tuesday surrounded by her family. One of her three sons, Emmanuel Faux, said his mother had enjoyed a “belle vie”.

She was born Zeiza Gisèle Élise Taïeb in July 1927 to a poor and conservative Jewish family in Tunisia at a time when the birth of a girl was considered bad luck. So dismayed were her parents that they hid her birth for weeks because her father was reluctant to admit he had a daughter.

“At each step of my life, there were disadvantages stemming from the fact I was a girl,” she told France Culture in 2011. Growing up with a devout mother and two brothers who were given preference over her gave Halimi a taste for rebellion. At the age of 10 she went on hunger strike for more than eight days to persuade her father to allow her to read and not follow traditional religious practices. At 16, she refused an arranged marriage and moved to France to continue her law studies, returning to Tunis in 1949 to defend members of the Algerian nationalist movement the FLN. She returned to Paris in 1956 and married Paul Halimi, a civil servant, then, after they divorced, Claude Faux, secretary to the writer and philosopher Jean-Paul Sartre.

In 1960, Halimi defended Djamila Boupacha, a 22-year-old Algerian woman accused of having set a bomb during the Algerian war, who was arrested, tortured and raped by French soldiers. Djamila was sentenced to death by a French court, but later pardoned and freed in 1962 when Algeria became independent. Halimi was a signatory of the 1971 Manifesto 343, the open letter signed by 343 women who had had illegal abortions, which finally led to the decriminalisation of voluntary pregnancy terminations, and defended women charged with breaking the law that was finally dropped in 1975. Halimi, a friend of Simone de Beauvoir, the feminist writer and intellectual, was also a member of the 1966 Russell Tribunal, also known as the Stockholm Tribunal, organised by Bertrand Russell and Sartre to investigate and evaluate the US intervention in Vietnam. Halimi also sat as an MP in the Assemblée nationale between 1981 and 1984 during Socialist president François Mitterrand’s first term at the Élysée.

She had three sons, one of whom, Serge, is editorial director of the French publication Le Monde diplomatique. She once said she would have liked to have had a daughter to “test” her commitment to feminist ideals. “I would have liked to know if, when raising her, I would be exactly conforming to what I demanded for myself and for all women. It’s not easy being a girl today, perhaps even more so than before because she would be confronted with a world that has not disappeared; that of prejudices and violence,” she told Le Monde in 2011.

Her 1976 study challenged all assumptions about female sex.