Being a pupil at Newburgh Priory School during the war years 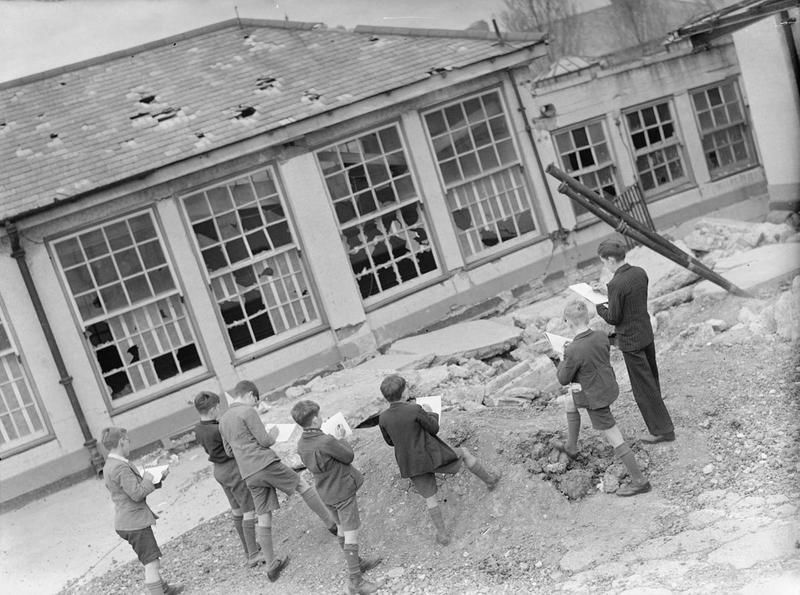 School during the war

I joined Newburgh Priory in January 1941 at the age of three when my father went back to sea leaving my mother to look after our newspaper, tobacco and toy shop in Hull, a city soon to be bombed with exceptional ferocity by the Luftwaffe. We lived a Spartan existence in keeping with public school ethos, wartime conditions and the building’s origins as an Augustinian priory. Watchwords were frugality, worship and exercise. Kindergarten boarders slept in small iron beds under the roof of what had been servants’ quarters. We had few private possessions or treats. Our major concern was our stomachs, school meals being adequate rather than ample. My letters home refer repeatedly to tuck (cakes and sweets). In the early days we had 3 pence a week (or could it have been a month?) to spend on sweets in the Coxwold village post office but this treat must have taken a knock when sweets went on ration in July 1942.

British School Children enjoying a light snack in the playground of a ruined school in Farringdon, 1941. Source.

The tree and bath time

A major event in 1943 was the fall of a 200-year old beech tree. This provided much-needed firewood but resulted in the loss of our major supplier of beechnuts. Not that this was much of a loss for me, for even when hungry I found the nuts unappetising and prone to stick between the teeth. Once a week we had bath night. A large tub was filed with hot water and we queued to get in in pairs. The last bathers must have emerged almost as dirty as they went in. 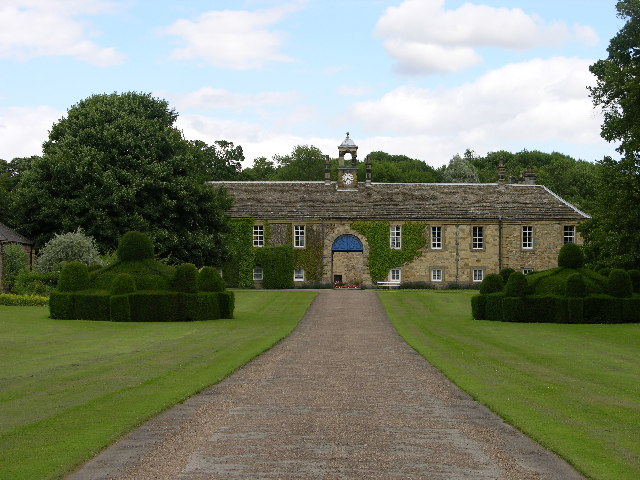 The lake and the ‘Unfinished room’

The school acquired a new rowing boat from Scarborough in 1943 and we were taken on the lake where I remember trailing my hands through bright green weed in beautifully clear water. Eventually the older boys had to clear the weed because the water had become too choked for swimming. Our outing may not have been so enjoyable if we had heard the rumour that the lake was alive with leeches, lined with mud to a depth of four or five feet and infinitely deep at its centre. It was hard enough coping with the knowledge that Oliver Cromwell’s headless body might be lying in a room over the school’s entrance. Fortunately we didn’t know about the cold, empty ‘Unfinished room’ (preserved to this day) said to have been cursed by a maid killed in a fire.

Young Roger Miles, The Author of this article