My Father The Spy 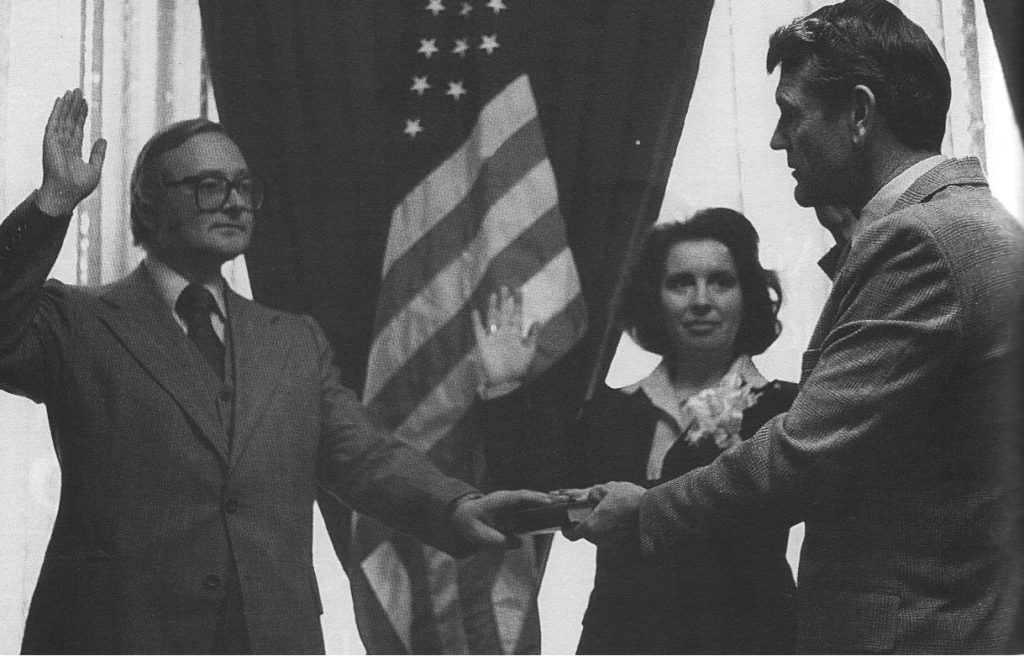 Titled “My Father The Spy” it tells the story of Ieva Lešinska-Geibere and the sudden change that occurred in her life in 1978 when her father, then a senior official with the Soviet delegation to the United Nations in New York, announced he was defecting to the west and gave her an on-the-spot ultimatum to decide whether she would spend the rest of her life with him in America or with her mother in Soviet-occupied Latvia.

LSM has seen an advance copy of the film and in the interests of full disclosure (which seems particularly appropriate considering the subject matter), I should say at the outset that Ieva subsequently became one of Latvia’s most distinguished literary translators and in fact translated my first novel.

Setting that aside, the film is an accomplished piece of work drawing on a fairly small amount of archive footage but lots of family photographs, contemporary interviews with many of those involved in the events described and several reconstructions of key scenes.

This reconstruction technique has been something of a fashion in the documentary world in recent years, most notably in Louis Theroux’s controversial My Scientology Movie, and it remains a controversial way of treating documentary content as it tempts the film-maker towards dramatization and stylization with obvious dangers of presenting a smoother or prettier narrative to the audience than was really the case in life.

Directors Gints Grube and Jaak Kilmi seem to have avoided this danger. Perhaps a result of budgetary constraints, or simply a good creative decision, the “reconstructions” are really a series of tableaux or almost-still snapshots, shot in the same lurid colours as 1970s film stock, whether on the Kodak or Lomo sides of the iron curtain. This is entirely appropriate as throughout the film we are presented with a series of pauses or points of stillness when the young Ieva is forced to wrestle with very serious existential questions about who she is, where she belongs in the world and what constitutes her real family, at the time most young people have a license to indulge in carefree hedonism and indulge in making mistakes – both of which are completely off-limits to her.

Indeed the most memorable scene of the documentary is one of these reconstruction scenes in which a group of CIA men boogie on down at a discotheque in an uber-American Best Western hotel to celebrate the defection in the hope that it will be seen as a treat and a suitable entree to the joys of the capitalist system by the still-bewildered and vulnerable Ieva.

If it sounds absurd, that’s because it is, with the CIA men, who after all are supposed to be scary, iron-faced Cold Warriors, busting their best John Travolta moves like frat boys while Ieva, who is supposed to be the grateful and enthusiastic recipient of this excess, watches it all with a detached sense of unreality.

In fact, this demystification and perception of the whole world of spies as vaguely absurd and banal are probably My Father The Spy‘s most valuable contribution. In no other sphere of human activity can the gap between reality and fantasy be so vast. The so-called glamour and excitement of espionage are shown for what it really is: a tawdry, daily low-level process of emotional abuse in which the weakest parts of a person’s personality are ruthlessly exploited, with or without consent.

In another memorable scene, another defector from the Soviet Union describes with what he clearly believes to be urbane charm the KGB’s general principles with regard to assassinations and other dirty tricks. We get the sense he has certainly been involved in such things as a KGB man but also that he is playing up to the cameras with a very Hollywood lust for celebrity as he sits in his stereotypically suburban American home. Ieva sits and listens to him politely but afterwards, it is clear she has been deeply disturbed by being in the room with such a man and delivers a damning verdict that goes far beyond simple observation and right to the real substance of this proud and nauseating factotum of death in blue blazer and slacks: “Those teeth!”

Behind everything is the relationship between Ieva and her father, who clearly remains a controversial figure to many of his former associates as well as his family. We are left with a picture of a man who spent much of his life trying to reconcile external opportunity and internal conscience, never managing to get the balance between the two satisfactory. He left much unsaid and the absence of those clarifications seems to leave a void where a clear idea of who he was should be.

In his daughter we see the same tendency towards silence: but it is a much richer silence, not avoid at all but an acknowledgement of competing and contradictory emotions that are probably beyond easy explanation and must therefore be accepted for what they are. As Ieva remarks near the start of the film when looking at a picture of the actress who will be playing a younger version of herself: “She has that smile. She has seen something of life…”

My Father The Spy premieres at the Light Cinema in Sheffield on June 8. More information about the film is available at a dedicated Facebook page.

A bomb wrecked our house

In memory of my mother

Tales of an occupied Czechoslovakia